Mars is a cold desert world. It is half the size of Earth. Mars is sometimes called the Red Planet. It's red because of rusty iron in the ground.

Explore Mars! Click and drag to rotate the planet. Scroll or pinch to zoom in and out. Credit: NASA Visualization Technology Applications and Development (VTAD)

Like Earth, Mars has seasons, polar ice caps, volcanoes, canyons, and weather. It has a very thin atmosphere made of carbon dioxide, nitrogen, and argon.

There are signs of ancient floods on Mars, but now water mostly exists in icy dirt and thin clouds. On some Martian hillsides, there is evidence of liquid salty water in the ground. 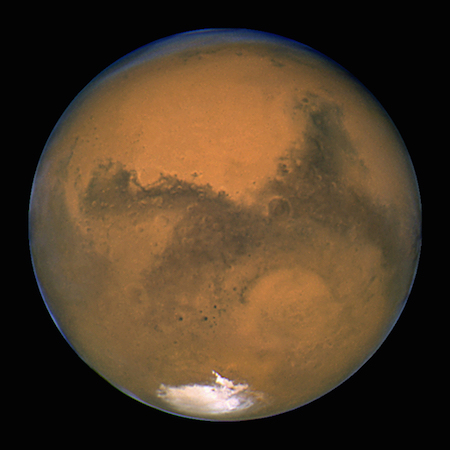 NASA's Hubble Space Telescope took this picture of Mars as it was making its closest approach to Earth in 60, years! 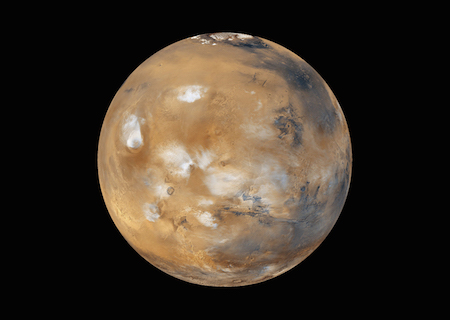 In this picture of Mars, you can see water-ice clouds, polar ice, and some rocky features. 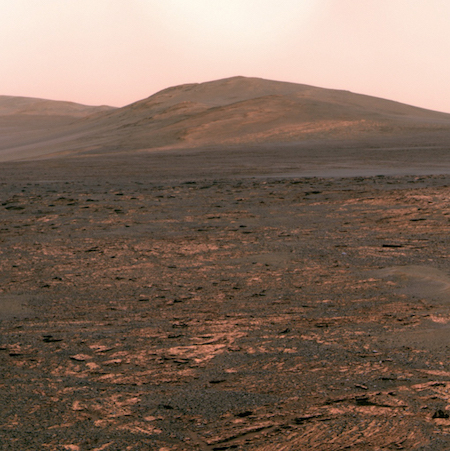 Mars is the fourth planet from its Sun and is the second smallest planet in the solar system. What else do we know about this amazing place?

It’s named after the Roman god of war.

The planet is red because of a mineral called iron oxide that’s very common on its surface.

Mars is a terrestrial planet

It’s rocky with craters and mountains. Not a gas giant like Jupiter or Saturn. Its landscape includes some of the tallest volcanoes that we know about in the solar system. One’s 21km high and km in diameter.

Even though it’s billions of years old, scientists think it could still be active.

An interesting fact is that even though Earth is much bigger that Mars, they both have approximately the same amount of landmass! That’s because most of Earth is covered in water. There’s therefore plenty of land to explore on Mars.