Everything you need to know about EMC storage systems

Let’s take a look at the various components of an EMC storage system:

This is the EMC storage array, containing the actual EMC disk drives that are needed to store the data. Their shapes and size vary, allowing for customization. There are also expansions available for your EMC storage arrays, which you can use to expand your disk space when your free space runs out. In the official EMC store, you can request a price quote of any expansion that is suited for your product.

These provide the management function to a component known as Data Movers or Blades.  These Blades have the ability to give access to hosts and access data from the backend. Each storage array contains blades and are scalable according to needs. The Data Movers are housed in the Data Mover Enclosure.

You can use these storage systems for storing block data, file data, or both together, depending upon the configuration. The EMC storage systems such as the VNX series are designed to provide efficient performance while consuming less power and leaving a smaller footprint. Their construction also prevents the systems from overheating by using the process of adaptive cooling. They even have a dual-power supply for backup in case of single power supply failure.

It also has a very easy-to-manage interface, so a thorough knowledge of storage management is not necessary to handle these systems.

The cost of these storage systems depends on your configuration needs, the type of data you store, and the space you need to store all your data. You can also choose to add flash storage options in your EMC storage system as well as Storage Area Network (SAN) type storage or Network Attached Storage (NAS). These storage systems will give you a lot of processing power, along with highly enhanced connectivity and capability.

Thus, if you know what you desire, you can head off to the EMC store  and request a customized price quote depending on the kind of storage system you will need.

If you are apprehensive due to the price of EMC storage systems, you should consider refurbished storage systems. Refurbished systems are used EMC arrays that have been given a second life cycle after they have been thoroughly tested and are passed to be “as good as new”.  You will definitely get a discount pricing on these refurbished EMC storage systems, thus helping you get the same standard of performance at a lower and more affordable price. For example, you can buy them through Greentec Systems, where all our refurbished equipment goes through rigorous testing.

Before buying used storage systems, make sure that they are certified and sold by a reputed company so that you get something that is truly standard and satisfying.  Contact us here at Greentec Systems for a price quote today!

Dell EMC Storage Management, Reporting, and Monitoring Tool Get a detailed view of your Dell EMC storage and more control of your environment 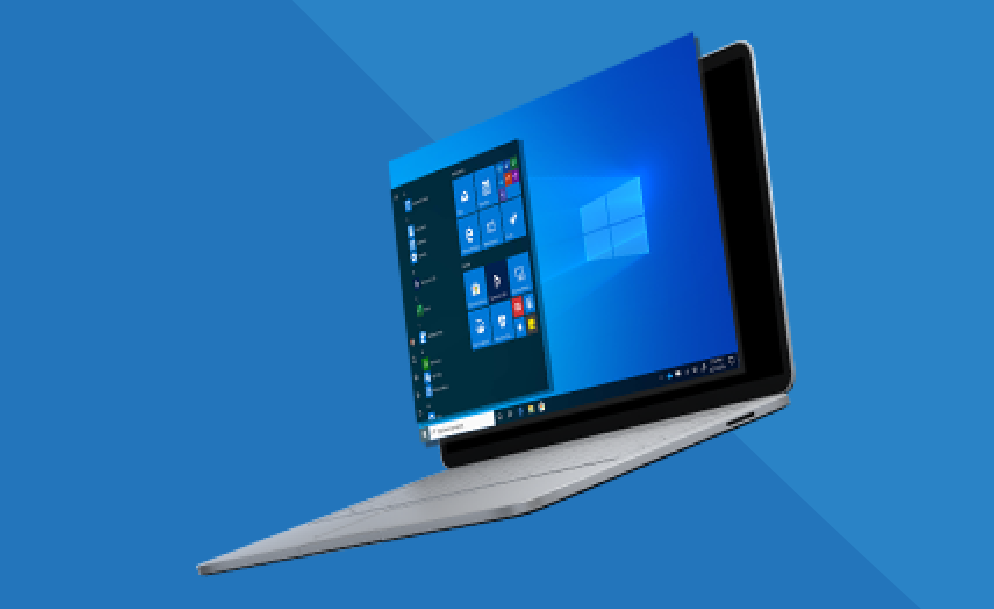 Rise to the challenge with new modern devices 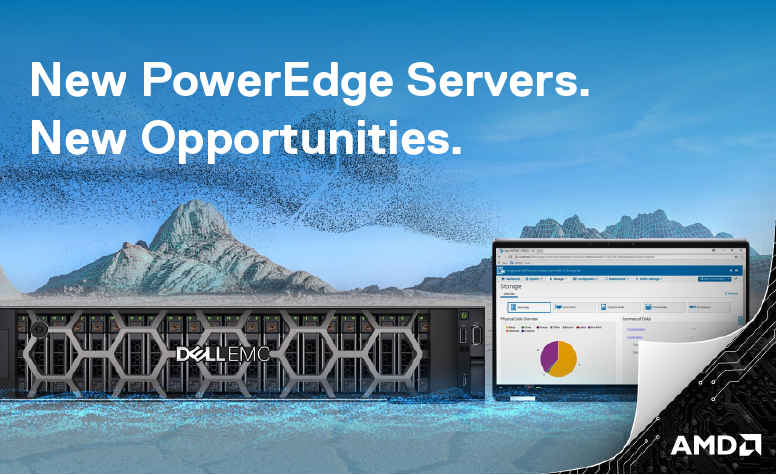 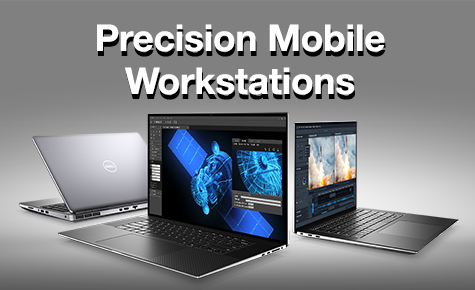 The ultra-premium, newly designed Precision family with Dell Optimizer for Precision learns and adapts to your needs, so you can keep creating without lag, frustration and delay. 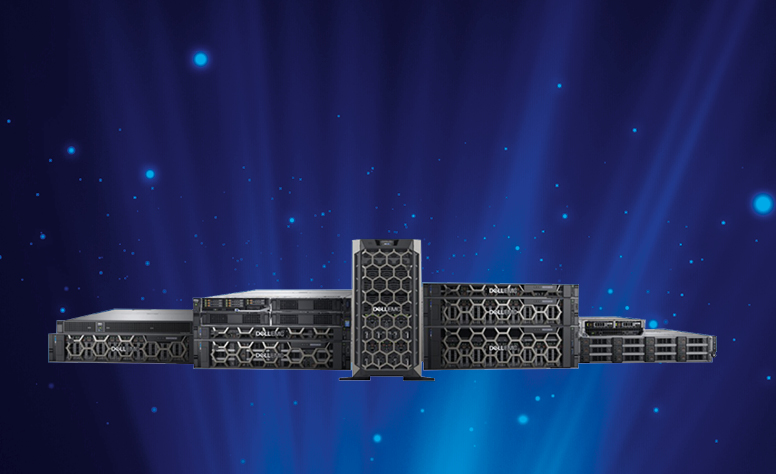 Take a look at the latest Dell Technologies Portfolio today! 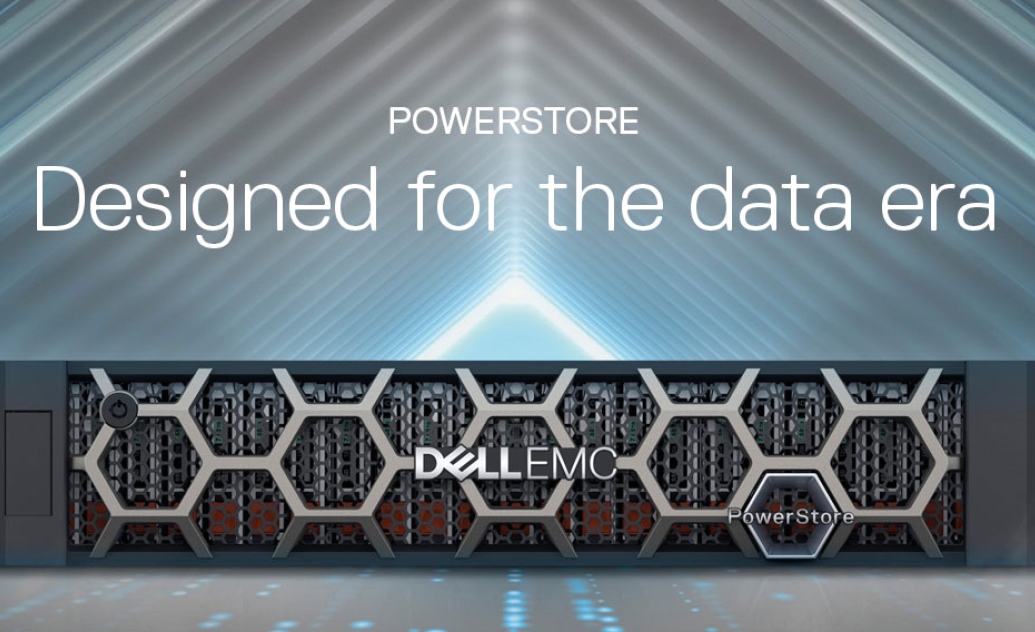 PowerStore is our next generation storage appliance. It provides your customers with an infrastructure that will accelerate their digital transformation. 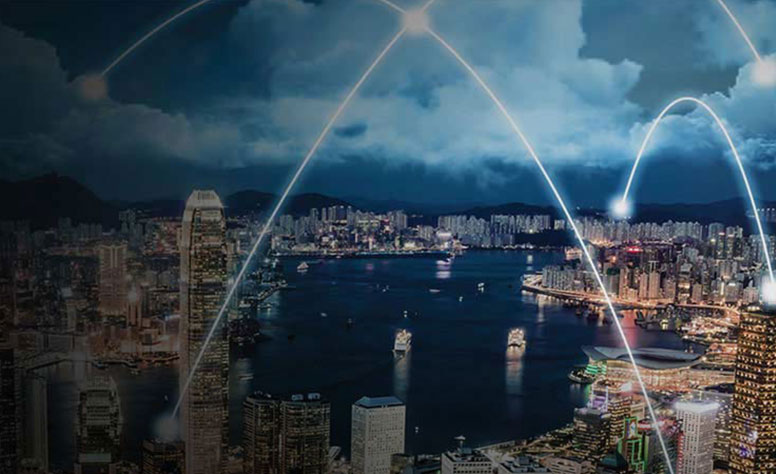 Your data is growing and is everywhere ― with more users, more applications, and in more locations. Data protection is more important than ever, and it needs to keep pace with the scale of business requirements. 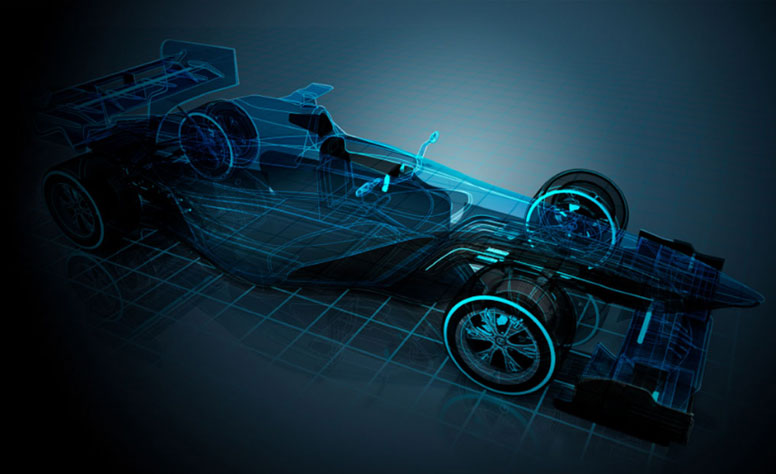 Accelerate your workloads with DellEMC storage solutions. End-to-end data storage storage simplicity means you can set up, configure and operate your storage array in less than 30 minutes. 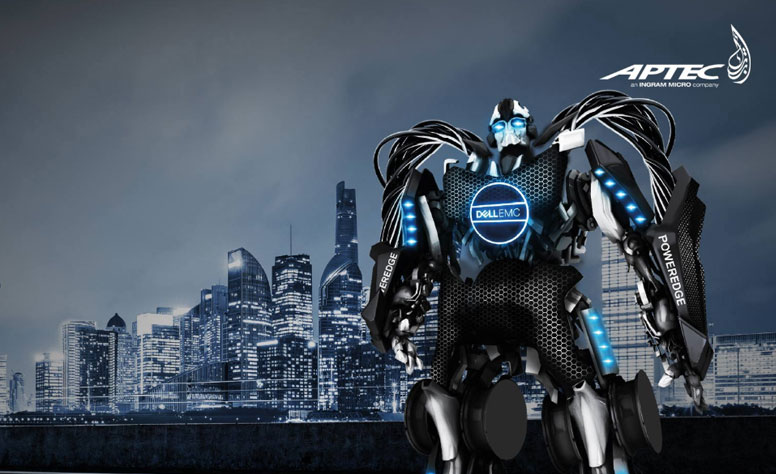 Accelerate your applications and your IT roadmap with speed, efficiency and affordability of all-flash solutions from Dell EMC and Intel. Meet the complete portfolio of all-flash arrays and see why Dell EMC is the #1 All-Flash leader. 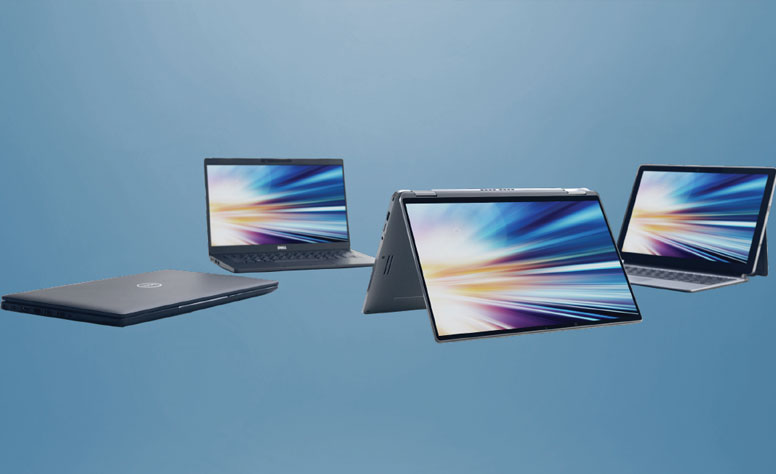 The world’s most secure, most manageable and most reliable business-class laptops with outstanding support. 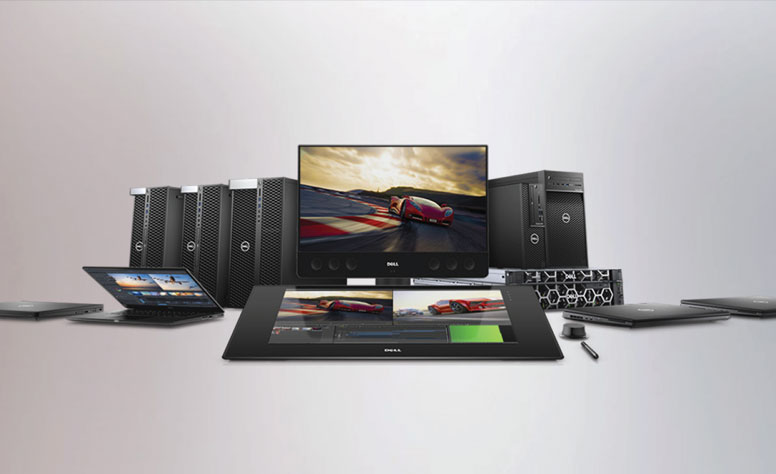 #1 WORKSTATION BRAND IN THE WORLD. 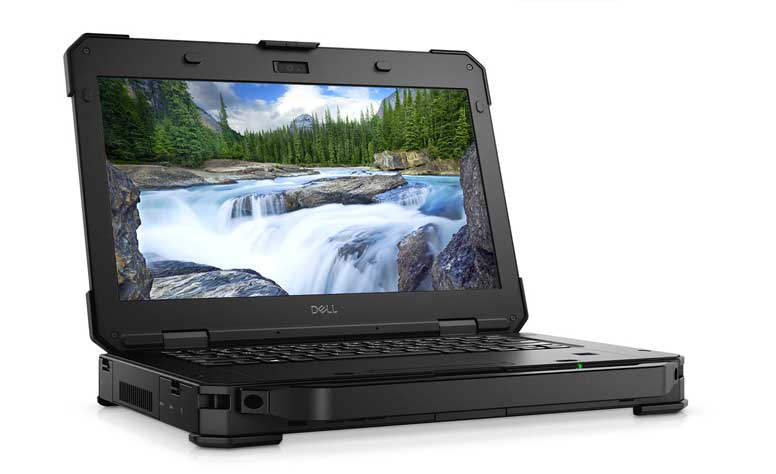 Smart and durable to ensure you never have to slow down 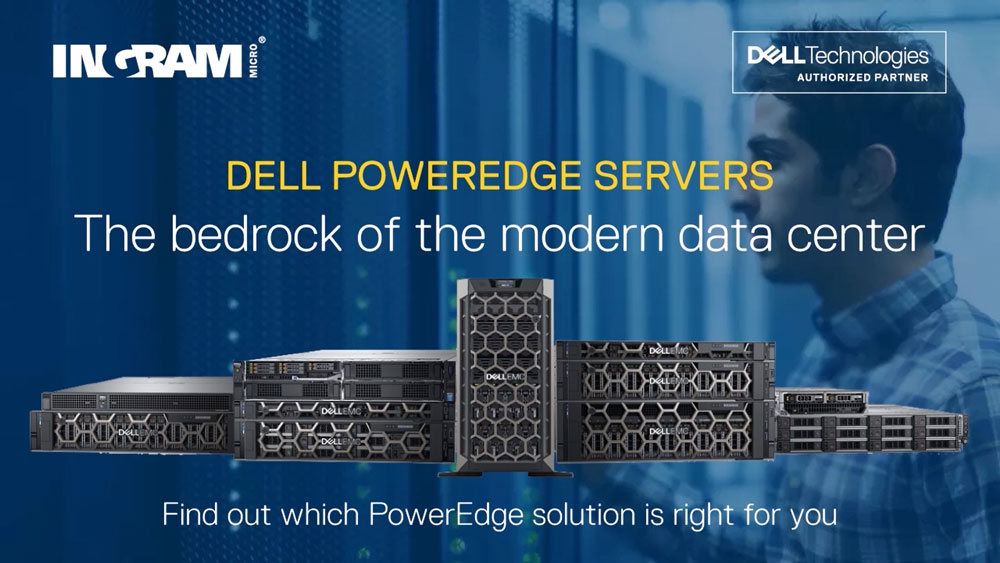 Discover the Dell PowerEdge server range today! Watch the video to find out which PowerEdge solution is right for you.

BE A PART OF OUR CLUB!

As the biggest IT leaders in the world, Ingram Micro and Dell Technologies will help accelerate your customers’ digital transformation. Mr. Club Partner Program is designed to help you access the most comprehensive portfolio of support and enablement tools to help you sell Dell Technologies solutions.

Dell EMC (until 2016, EMC Corporation) is an American multinational corporation headquartered in Hopkinton, Massachusetts and Round Rock, Texas, United States.[2] Dell EMC sells data storage, information security, virtualization, analytics, cloud computing and other products and services that enable organizations to store, manage, protect, and analyze data. Dell EMC's target markets include large companies and small- and medium-sized businesses across various vertical markets.[3][4] The company's stock (as EMC Corporation) was added to the New York Stock Exchange on April 6, 1986,[5] and was also listed on the S&P 500 index.

EMC was acquired by Dell in 2016; at that time, Forbes noted EMC's "focus on developing and selling data storage and data management hardware and software and convincing its customers to buy its products independent of their other IT buying decisions" based on "best-of-breed."[6] It was later renamed to Dell EMC. Dell uses the EMC name with some of its products.[7]

Prior to its acquisition by Dell, EMC had, in 2008, acquired Iomega;[8] Dell EMC formed a partnership with Lenovo in 2013, as LenovoEMC, that superseded and rebranded Iomega.[9] 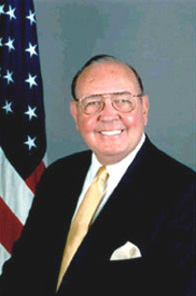 EMC, founded in 1979 by Richard Egan and Roger Marino (the E and M of EMC),[10] introduced its first 64-kilobyte (65,536 bytes) memory boards for the Prime Computer in 1981.[11][12] EMC continued to develop memory boards for other computer types. In the mid-1980s, the company expanded beyond memory to other computer data storage types and networked storage platforms. EMC began shipping its flagship product, the Symmetrix, in 1990.[citation needed]

While some of EMC's growth is credited to acquisitions of smaller companies,[13] Symmetrix was the main factor in EMC's rapid growth during the 1990s, from a firm valued in the hundreds of millions of dollars to a multi-billion dollar company.[14]

In 2009 EMC signed a two-year deal to be the principal shirt sponsor for English Rugby Union club London Wasps [1] in a deal worth £1 Million. This was later extended until the end of the 2013 season.[citation needed]

Michael Ruettgers joined EMC in 1988 and served as CEO from 1992 until January 2001.[15] Under Ruettgers' leadership, EMC revenues grew from $120 million to nearly $9 billion 10 years later, and the company shifted its focus from memory boards to storage systems.[16] Ruettgers was named one of BusinessWeek's "World's Top 25 Executives"; one of the "Best Chief Executive Officers in America" by Worth magazine; and one of Network World's "25 Most Powerful People in Networking".[16]

EMC Corporation logo prior to merger

On October 12, 2015, Dell Inc. announced its intent to acquire EMC in a cash-and-stock deal valued at $67 billion, which has been considered the largest-ever acquisition in the technology sector. This would combine Dell's enterprise server, personal computer, and mobile businesses with EMC's enterprise storage business in a significant Vertical merger of IT giants. Dell would pay $24.05 per share of EMC, and $9.05 per share of tracking stock in VMware.[17][18][19]

On September 7, 2016, Dell Inc. completed the merger with EMC Corp., which involved the issuance of $45.9 billion in debt and $4.4 billion common stock.[20][21] At the time, some analysts claimed that Dell's acquisition of the former Iomega could harm the LenovoEMC partnership.[22]

In addition to those of the majority-owned Pivotal company, Dell EMC sells products and services, including products from other Dell Technologies companies, designed to allow IT departments to move to a cloud computing model and to analyze big data. LenovoEMC, formerly Iomega, sells storage products.[9]

The following table includes the listing and timeline of EMC Corporation's major acquisitions of other companies since 1996.

In 2012, EMC sponsored The Human Face of Big Data,[93] a globally crowdsourced media project focusing on the ability to collect, analyze, triangulate and visualize vast amounts of data in real-time. The Human Face of Big Data, produced by Rick Smolan and Jennifer Erwitt, includes "a number of fascinating stories ... [that] represent some of the most innovative applications of data that are shaping our future".[94]

Resolving an issue after it happens is okay, but being proactive and eliminating the root cause of a fault is always better. OpManager tracks all the parameters of Dell and Dell-EMC-based devices and stores the data categorically (based on the monitor) as storage reports for future analysis.

Interpreting these reports elevates the IT admin's understanding of the performance of Dell storage devices, helping them take the best course of action.

To get deeper insights on device-specific performance, admins can use the advanced reporting feature. This feature helps carve out user-defined data only for selected devices and monitors.

Note: OpManager's extensive support for all Dell and Dell EMC storage device models along with its powerful integration features eliminates the need for users to invest in other additional plug-ins or tools for storage and network monitoring.

Get a list of all storage devices supported by OpManager, or request support for adding a new device model.

You can also try a free online demo, or schedule a free, personalized demo with our experts who can answer all your product questions.

Cloud Mobility is a feature that supports the transport, storage, and access of volume snapshot copies between compatible on-premise Dell EMC storage devices and public cloud object stores. This AWS Application allows for access to the volume snapshot copies originating from Cloud Mobility enabled Dell EMC storage platforms. This allows Storage Administrators to decrypt/browse and present as a volume, any snapshots copies that your compatible Dell EMC Storage platforms have uploaded to cloud object stores.

He cried out in surprise. The girl laughed loudly and introduced his phallus into her velvet burrow. He began to make slow rhythmic movements.

Girls lick each other out